The Dingle, on Tanhouse Farm Road in Solihull, has been collecting hundreds of crisps packets, so they can be made into blankets for the homeless in the local area.

An idea, inspired by Local Councillor Laura McCarthy and Yvonne Clements from the Elmdon Community Team, has seen the pub collect over three bin bags worth of empty crisp packets since summer 2020. Coordinated by the pub’s operator, Shannon Quigley, The Dingle has been accepting collections from local schools, including Valley school on Old Lode Lane, and from residents who have been leaving their empty crisp packets in a shopping trolley outside the pub.

These crisp packets will be ironed out flat and turned into blankets. They will then be distributed to the homeless in the local area, once lockdown has lifted.

Shannon Quigley, operator of The Dingle said: “It’s a strange idea, I admit! However, being able to take a largely discarded item and turn it into something of use and potentially life-saving is humbling. What started as us just deciding not to throw away the crisp packets that we sold in the pub, has turned into a community-wide campaign. I would like to thank everyone who has donated so far, we are continuing to collect them to make as many blankets as we can.”

If you are able to donate any leftover crisp packets, please take them, safely, to the pub’s collection point – the trolley in the car park. 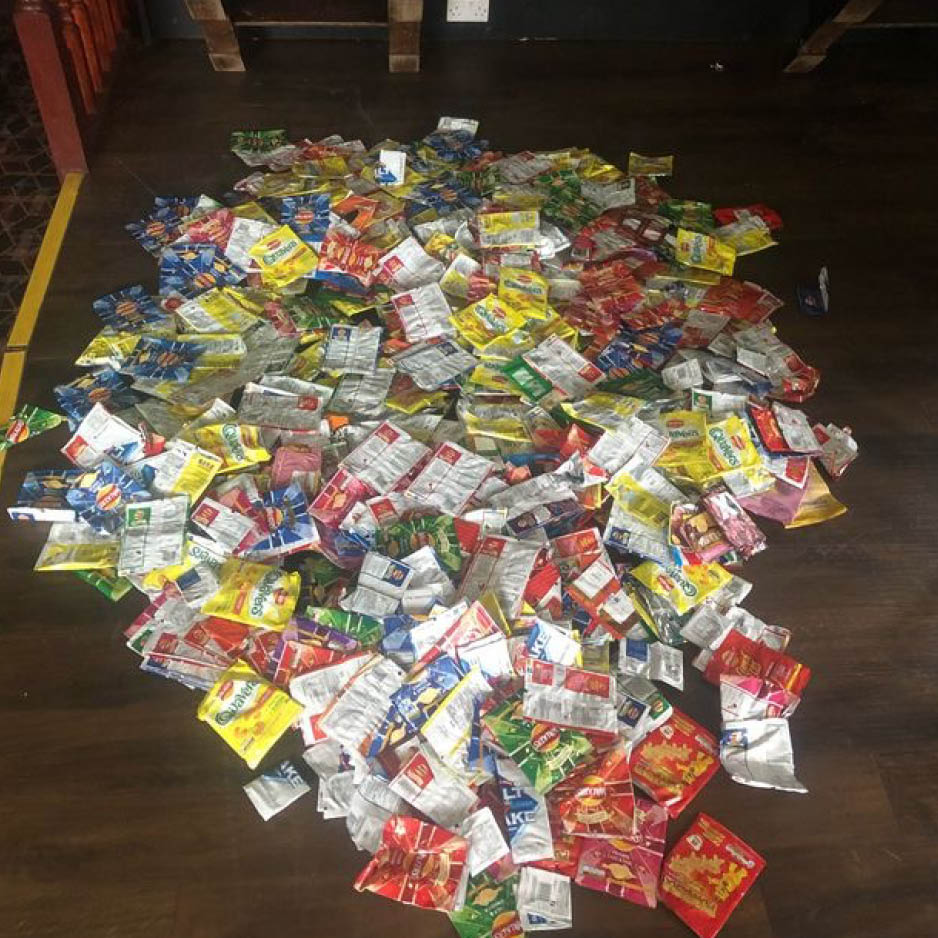